It was 7:30am on a Sunday morning when I left my hotel near Paddington station. I walked down to the station and bought some take away porridge (so stereotypically English) and boarded the 8:05 Great Western Railway service to Penzance. The train was formed of two, 8 car Class 802 sets, and my seat was in Car E. The LED indicators on the sides of the cars led me to the Penzance end of the train, and I found my seat which was indicated as reserved by a LCD above.

I settled in, but about 2 minutes before the train was due to depart, I looked up and the LED display inside the carriage had changed from car E to car L! The seat indications had changed throughout the carriage, and people were looking round, confused. It was not possible to walk between the two train sets to the new car E, and no one wanted to step onto the platform, as we didn’t want to be left behind. We were all wondering if someone else would come to claim our seats in what was now car L. The train pulled smoothly out of the station, and we all relaxed a little.

I was glad that I had bought some breakfast at Paddington, as shortly after departure, an apologetic crew member made a PA announcement to say that the train was short staffed and there would be no catering available. At each stop, all of the passengers looked around to see if someone would come for our seat, but no-one did. We sped through the English countryside, stopping at historical cities such as Bath Spa and Chippenham, before arriving at Bristol Temple Meads just on 10am. 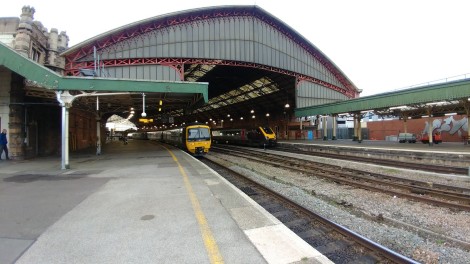 At Bristol Temple Meads, I changed to a two car GWR class 166 DMU operating a local service to Severn Beach, and alit at the suburban station of Montpellier. From Montpellier, I caught a local bus to an insignificant bus stop in Patchway, north of the city centre. From there, I left the bus and walked for about 10 minutes, through the icy wind until I arrived at a hanger at a closed airport. 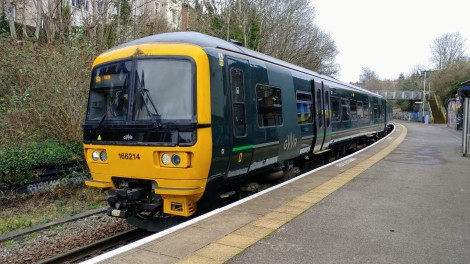 A GWR Class 166 on suburban duties at Montpellier in Bristol

The hanger houses the Bristol Aerospace Museum, and wandered amongst the displays; not quite as interesting as the museum at Hendon a few days earlier, but well laid out and quite interesting nonetheless. After about an hour, I left the first hanger, and walked over to another, housing the museum’s drawcard. 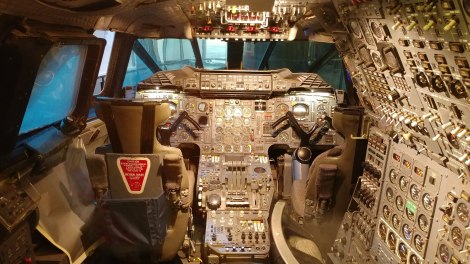 The amazing cockpit of the Concorde. 3 crew sat in this tiny space!

I walked into the hanger, and there she was; G-BOAF, the final Concorde built and the last Concorde to fly. The aircraft stands in the hangar, with a mezzanine running at fuselage height. Visitors are able to walk below the sleek aircraft, then uptairs and inside. Thanks to the cold weather outside, the queue to go inside the aircraft was quite short, and I had a (quick) guided tour of the cramped inside of the luxury supersonic airliner. 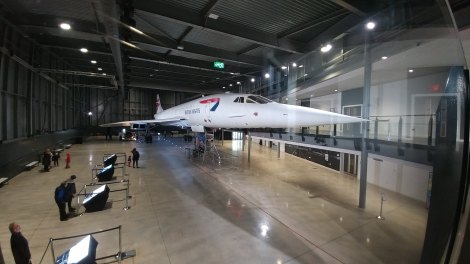 G-BOAF – the last Concorde to fly at Bristol Aerospace Museum

After marveling at the Concorde for about 45 minutes, I left the museum and caught a bus to Bristol Parkway railway station. There was a train bound for Penzance due soon, so I waited at the platform, beside a rail yard where there were three Class 66 locomotives stabled. The Class 66 are known by some as “Garden Sheds”, due to their slightly triangular roofline that comes to a point above the windscreens. 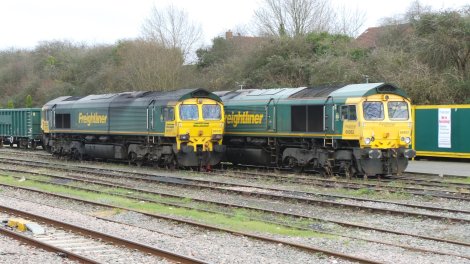 An automatic announcement came over the station PA about the impending arrival of the train to Penzance; that the train was an 8 car CrossCountry service. The crowd spread out along the platform and waited for the train, but as the train came into view, it was obvious that it was actually only 4 cars long! The train pulled up at the other end of the platform to where I was waiting, and along with about 50 other people I ran to the stopped train. People were cramming in, but fortunately, there were still seats in the first class car of the Class 220 Voyager. 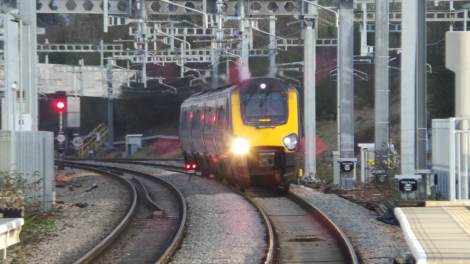 I traveled for just under an our until I reached Taunton, where I left the train and photographed the passing parade of Great Western and Cross Country trains; Class 220 Voyagers, Class 800, Class 802 and Class 43 HSTs. After about 90 minutes It began to get dark, and I boarded a GWR HST bound for Paddington via Weston-super Mare. 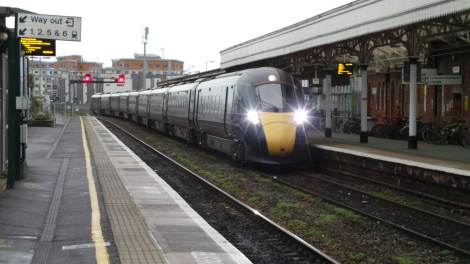 After a comfortable 2.5 hour journey, I arrived back in London just before 7:30. I collected my suitcase from my hotel and then caught the Underground to Euston station. My next train was not yet on the departure board, so I waited in the Virgin Lounge, where I was able to watch the passing parade of people rushing to catch their trains on the concourse below. 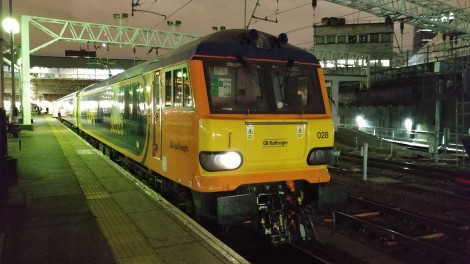 About 45 minutes later, my next train appeared on the departures board, and I made my way down to platform 8. A passenger attendant met me on arrival and after checking my ticket, directed me up to the other end of the platform. The train at the platform was also my bed for the night; the “Highlander” overnight train operated by Caledonian Sleeper. 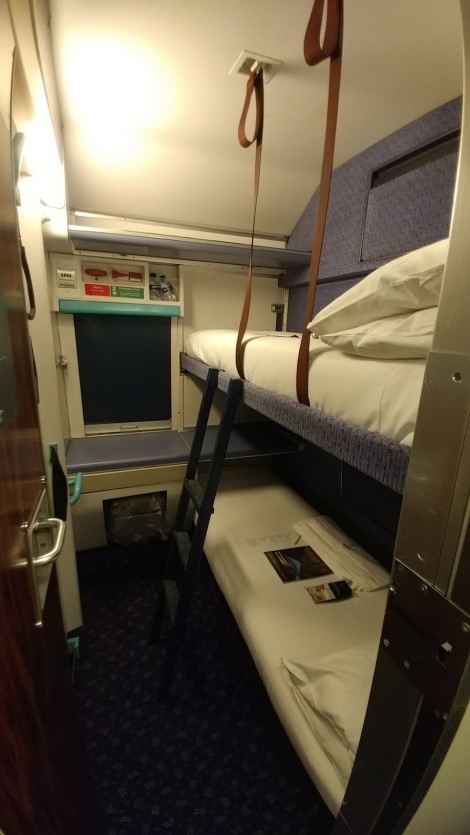 My sleeping cabin on the Caledonian Sleeper MK3 car. These are now being replaced by the new MK5 sleepers.

The train was 15 cars long, made up of MK3 sleeping cars and MK2 sitting cars with a Class 92 electric locomotive at the front. At Edinburgh (around 4am the next morning), the train would be split into 3 portions bound for Inverness, Aberdeen and Fort William. Most cars were sleeping cars, with a sitting car and restaurant car attached. I found my berth and settled in, and an attendant came to take my breakfast order for the next morning. I relaxed on my bunk, and must have dozed off, as the next thing I knew, we were rushing through the outskirts of London. The rocking of the train and the warm compartment put me straight back to sleep, as we raced north towards Scotland.